Restaurant chains have managed to combine quality/cost control, and innovation. Can health care?

Restaurant chains have managed to combine quality/cost control, and innovation. Can health care?

It was Saturday night, and I was at the local Cheesecake Factory with my two teen-age daughters and three of their friends. You may know the chain: a hundred and sixty restaurants with a catalogue-like menu that, when I did a count, listed three hundred and eight dinner items (including the forty-nine on the “Skinnylicious” menu), plus a hundred and twenty-four choices of beverage. It’s a linen-napkin-and-tablecloth sort of place, but with something for everyone. There’s wine and wasabi-crusted ahi tuna, but there’s also buffalo wings and Bud Light. The kids ordered mostly comfort food—pot stickers, mini crab cakes, teriyaki chicken, Hawaiian pizza, pasta carbonara. I got a beet salad with goat cheese, white-bean hummus and warm flatbread, and the miso salmon.

The place is huge, but it’s invariably packed, and you can see why. The typical entrée is under fifteen dollars. The décor is fancy, in an accessible, Disney-cruise-ship sort of way: faux Egyptian columns, earth-tone murals, vaulted ceilings. The waiters are efficient and friendly. They wear all white (crisp white oxford shirt, pants, apron, sneakers) and try to make you feel as if it were a special night out. As for the food—can I say this without losing forever my chance of getting a reservation at Per Se?—it was delicious.

The chain serves more than eighty million people per year. I pictured semi-frozen bags of beet salad shipped from Mexico, buckets of precooked pasta and production-line hummus, fish from a box. And yet nothing smacked of mass production. My beets were crisp and fresh, the hummus creamy, the salmon like butter in my mouth. No doubt everything we ordered was sweeter, fattier, and bigger than it had to be. But the Cheesecake Factory knows its customers. The whole table was happy (with the possible exception of Ethan, aged sixteen, who picked the onions out of his Hawaiian pizza).

I wondered how they pulled it off. I asked one of the Cheesecake Factory line cooks how much of the food was premade. He told me that everything’s pretty much made from scratch—except the cheesecake, which actually is from a cheesecake factory, in Calabasas, California.

I’d come from the hospital that day. In medicine, too, we are trying to deliver a range of services to millions of people at a reasonable cost and with a consistent level of quality. Unlike the Cheesecake Factory, we haven’t figured out how. Our costs are soaring, the service is typically mediocre, and the quality is unreliable. Every clinician has his or her own way of doing things, and the rates of failure and complication (not to mention the costs) for a given service routinely vary by a factor of two or three, even within the same hospital.

It’s easy to mock places like the Cheesecake Factory—restaurants that have brought chain production to complicated sit-down meals. But the “casual dining sector,” as it is known, plays a central role in the ecosystem of eating, providing three-course, fork-and-knife restaurant meals that most people across the country couldn’t previously find or afford. The ideas start out in élite, upscale restaurants in major cities. You could think of them as research restaurants, akin to research hospitals. Some of their enthusiasms—miso salmon, Chianti-braised short ribs, flourless chocolate espresso cake—spread to other high-end restaurants. Then the casual-dining chains reëngineer them for affordable delivery to millions. Does health care need something like this? 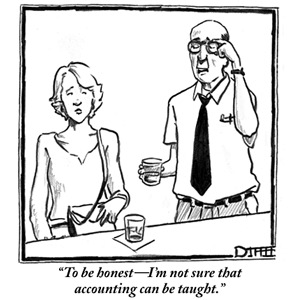 Big chains thrive because they provide goods and services of greater variety, better quality, and lower cost than would otherwise be available. Size is the key. It gives them buying power, lets them centralize common functions, and allows them to adopt and diffuse innovations faster than they could if they were a bunch of small, independent operations. Such advantages have made Walmart the most successful retailer on earth. Pizza Hut alone runs one in eight pizza restaurants in the country. The Cheesecake Factory’s major competitor, Darden, owns Olive Garden, LongHorn Steakhouse, Red Lobster, and the Capital Grille; it has more than two thousand restaurants across the country and employs more than a hundred and eighty thousand people. We can bristle at the idea of chains and mass production, with their homogeneity, predictability, and constant genuflection to the value-for-money god. Then you spend a bad night in a “quaint” “one of a kind” bed-and-breakfast that turns out to have a manic, halitoxic innkeeper who can’t keep the hot water running, and it’s right back to the Hyatt.

Medicine, though, had held out against the trend. Physicians were always predominantly self-employed, working alone or in small private-practice groups. American hospitals tended to be community-based. But that’s changing. Hospitals and clinics have been forming into large conglomerates. And physicians—facing escalating demands to lower costs, adopt expensive information technology, and account for performance—have been flocking to join them. According to the Bureau of Labor Statistics, only a quarter of doctors are self-employed—an extraordinary turnabout from a decade ago, when a majority were independent. They’ve decided to become employees, and health systems have become chains.

I’m no exception. I am an employee of an academic, nonprofit health system called Partners HealthCare, which owns the Brigham and Women’s Hospital and the Massachusetts General Hospital, along with seven other hospitals, and is affiliated with dozens of clinics around eastern Massachusetts. Partners has sixty thousand employees, including six thousand doctors. Our competitors include CareGroup, a system of five regional hospitals, and a new for-profit chain called the Steward Health Care System.